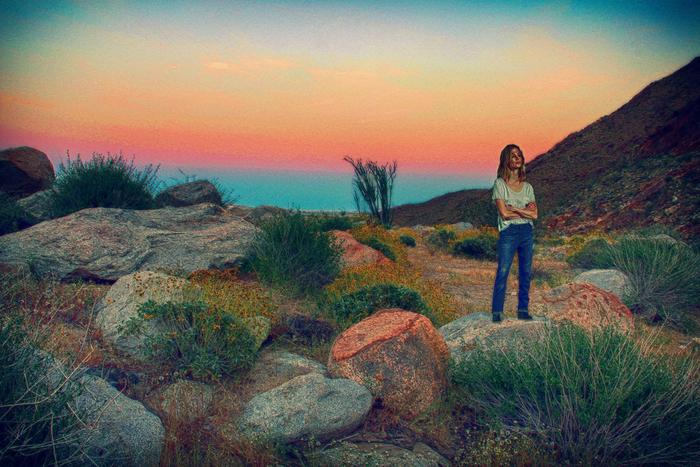 Each canvas is a portrait. Most have a seeded story that hopes to prompt a viewer’s further imagination. The general theme, as suggested, delves in the isolated, and the disenfranchised. In sum, the perseverance of character exceeds the most ominous of natures in this series of individual portraits. The Anza Borrego Desert serves as the metaphoric vehicle in this. Stark and beautiful. Stubbornly silent. Poignantly alone. Home for personalities crafted out of hardship, perhaps self-imposed.

Thus in some ways the goal here was to create an ethnography of sorts. After viewing the series, the notion hopefully has been an introduction into a culture…. real or imagined.. 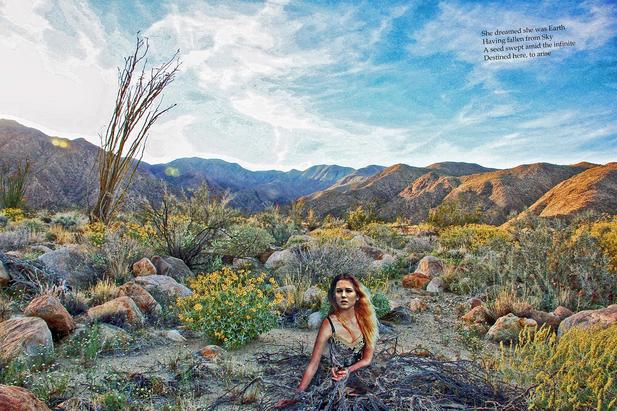 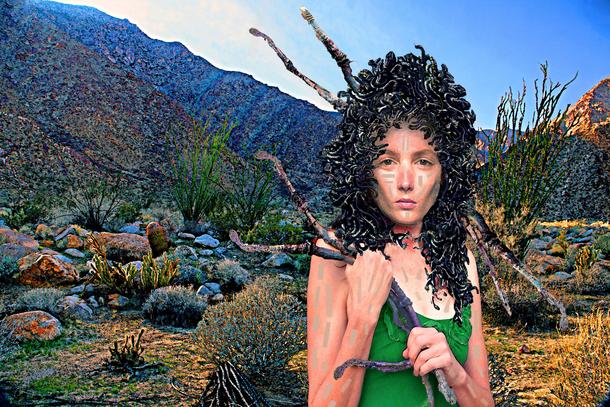 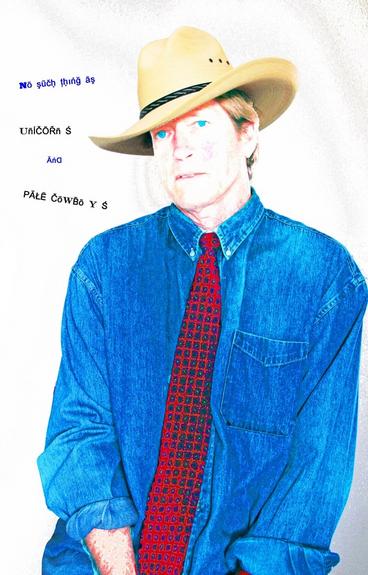 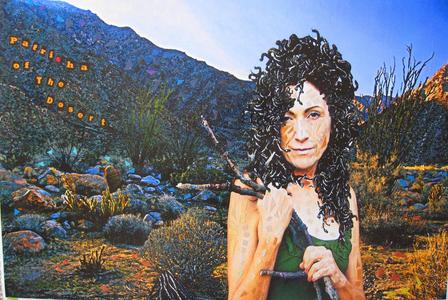 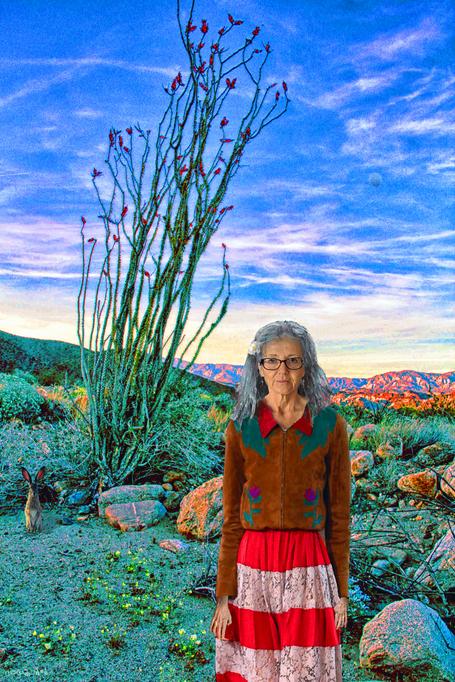 The Man Who Invented Water

The presentation is on 30x20 inch canvases. They are digital collages/composites pasted onto, and then gell coated over the canvas. Some text is after fact inserted, as well as paper confetti here and there. The after fact pasting’s are not represented here, but some title text has been added to get the direction of the drift. The models for each are not mine per say. They are lifted from general domain, internet, a Macys circular, etc, - and then digitally manipulated with new faces or features if the subject represents greater than 2% of the canvas space. The facial manipulation frequently blends both male and female faces. Or, a significant facial ageing in process. 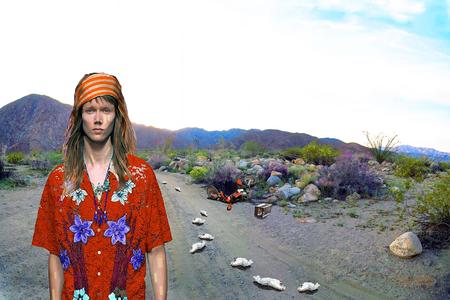 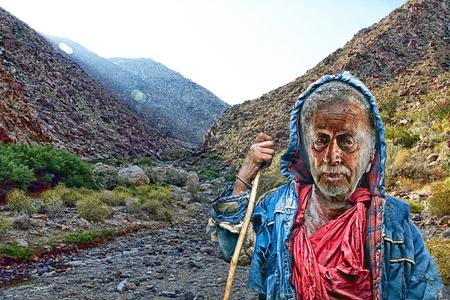 April in the Desert Still 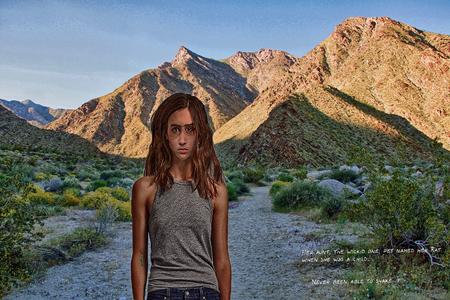 There are several other manufactured portraits in this series not displayed here. The set of originals (with story inserts) has been exhibited in the Poway Performing Arts Center, and the Carlsbad Coal Library branch in 2017. In general, it is a downbeat exhibit and the written stories applied to each character may leave you cold, but they are in the least, poignant. 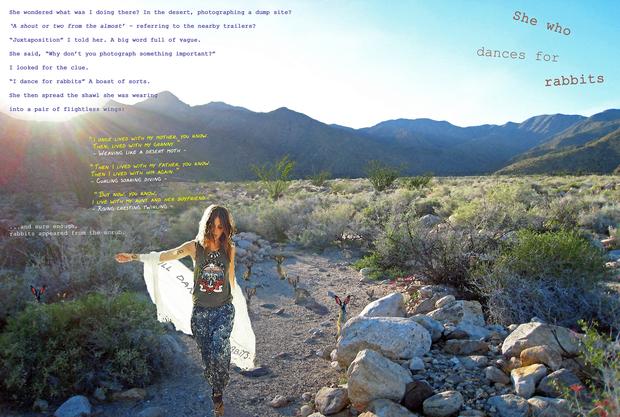 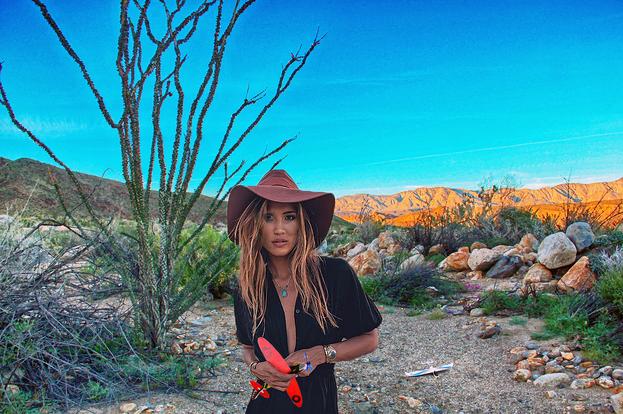 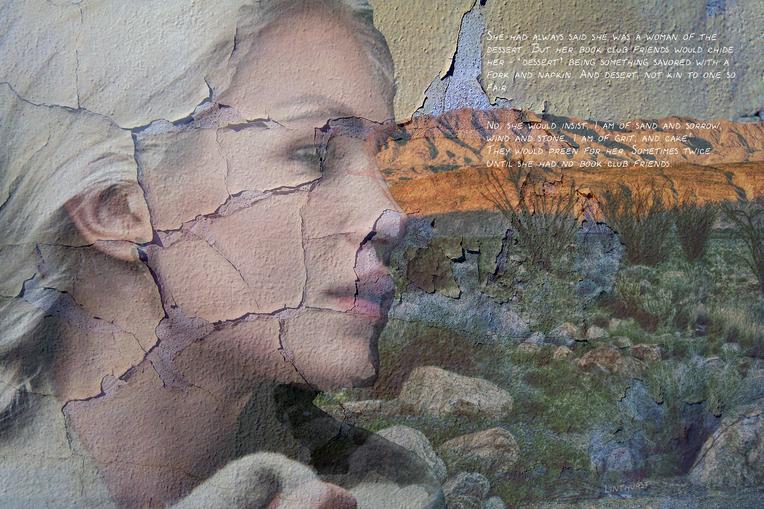 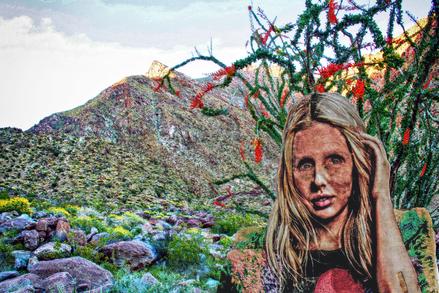 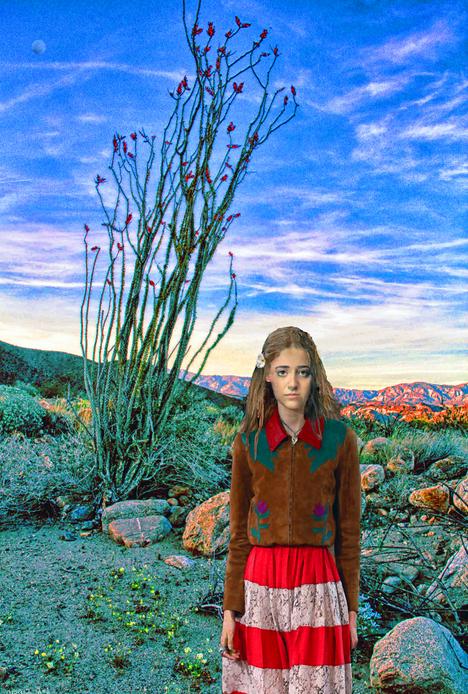 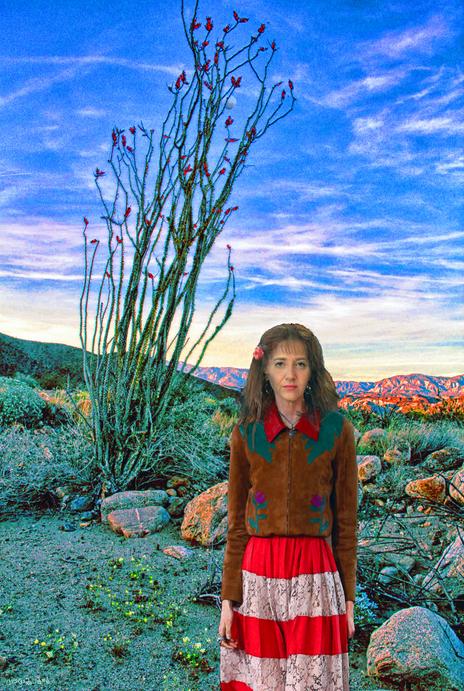 April in the Desert Still:   Imagine if you could photograph time? Here the notion is to document April at twenty-one year intervals. The same location, the same time of day, same day of the year (March 21st). What exists in perpetuity, and what does not? 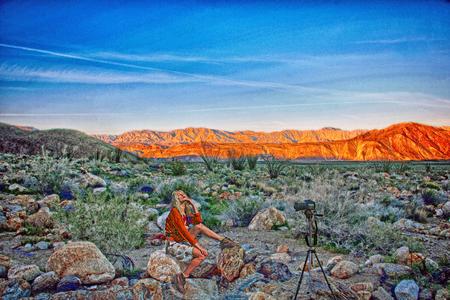 April at Twenty One