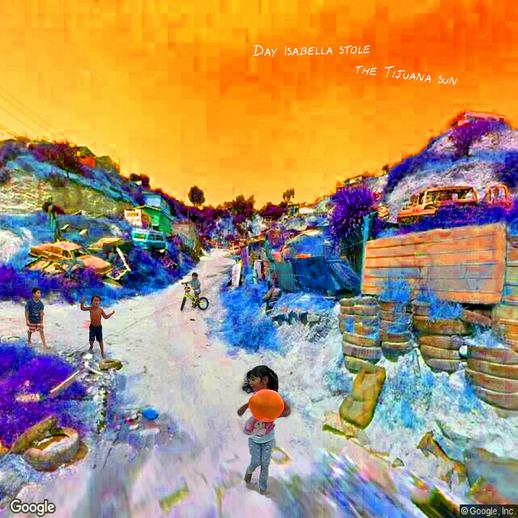 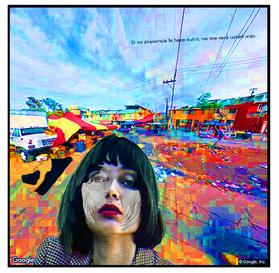 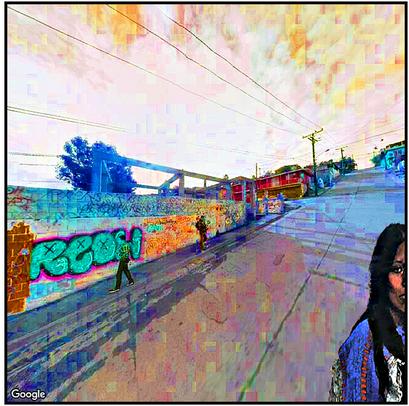 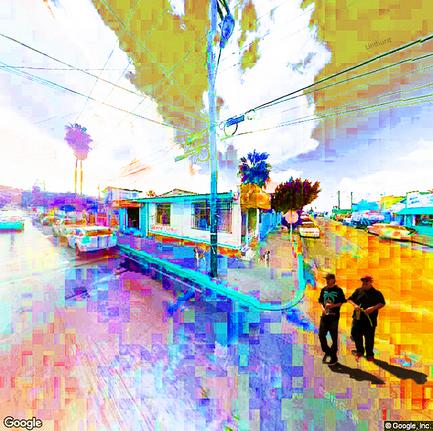 The Tijuana Project was a completed the first weeks of January 2017. If I were to drive these streets myself, I could be assured; there may be intense moments of feeling completely lost and vulnerable. However, since each trip into the city was a virtual experience, riding in the self-operated turret of the Google Map Mobile, I could pick and chose the commands. And when I became boxed, I merely quit the location and returned to satellite. How disturbing.


On the ground is being completely intimate, and with over a dozen random pin drops, I found most these neighborhoods were in full decay….through the jaundiced eyes of a foreigner. So revealing. Such an artful journey, that I tried to share this exhibit with any takers who would let me set up, but failed.  This page works when juxtaposed against the San Diego Cityscape gallery one on this site – with the realization only fifteen miles separate the two metropolises….. As the crow flies. 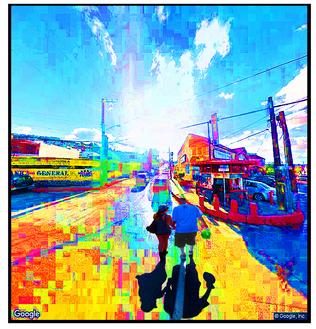 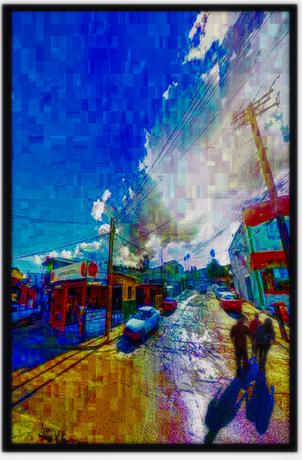 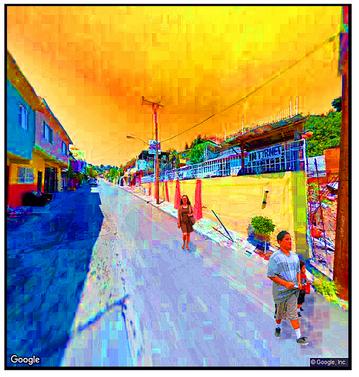 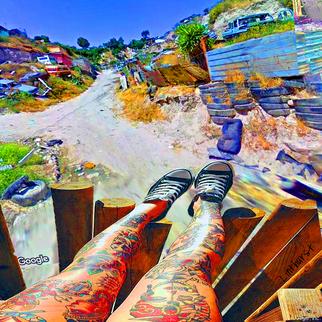 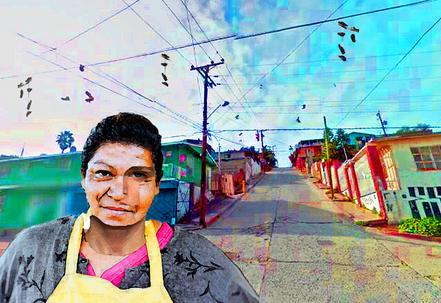 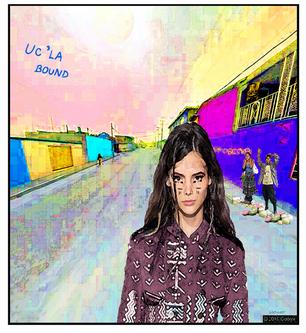 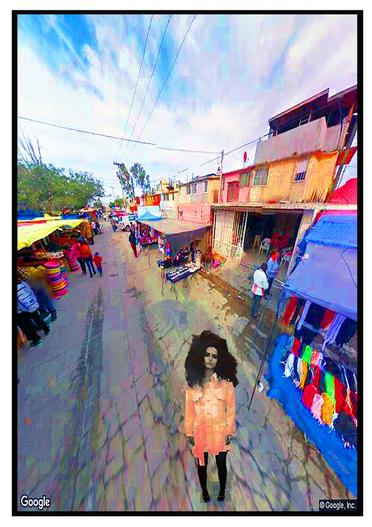 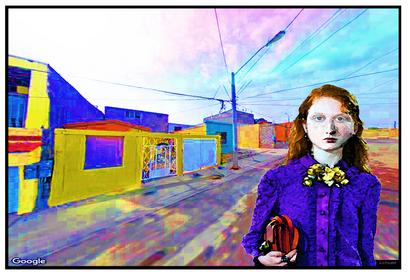 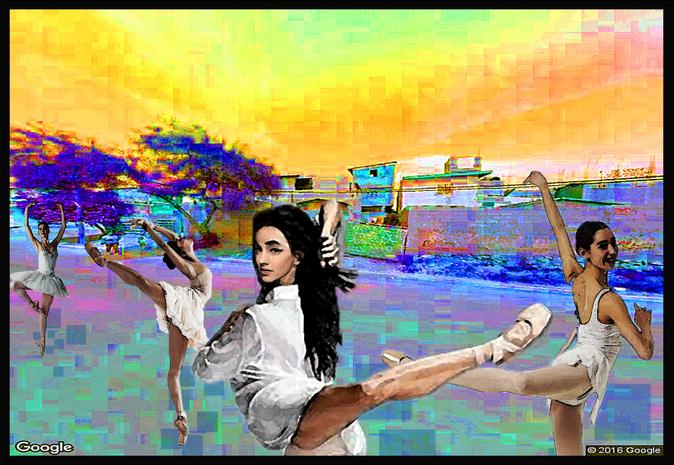 Tijuana series consists of various Goolge map ‘street views’ (reduced to a passing snap) as I randomly toured Tijuana via pin drops using this method not long ago. It was a disheartening revelation turned spirited.

The pixal quality was so poor that I used it as an advantage by enhancing the colors and magnifying the pixal squares. I populated the documentation with my own characters and story, and in some ways, bringing joy to sorrow, hope to despair, reward to destitution  - when weighing the breadth of  the human spirit from such a platform of advantage.

As a San Diego artist, I reach, but can not grasp this great juxtaposition that is stationed in our own back yard. I do find it a sobering oasis however, to attempt to assemble art from it by 'considering' what I haven't. It is traumatic in some cases, to witness the poverty and decay from the comforts of the ‘other side’ - via a voyeuristic channel as Google Maps random street tours. On the other hand, there is no reason to believe the inhabitants view it as such, and likely have a similar outside view in - of what it's like to have a life in American suburbia. There is only fifteen miles between, as the crow flies. 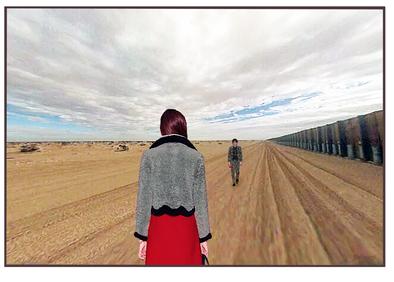 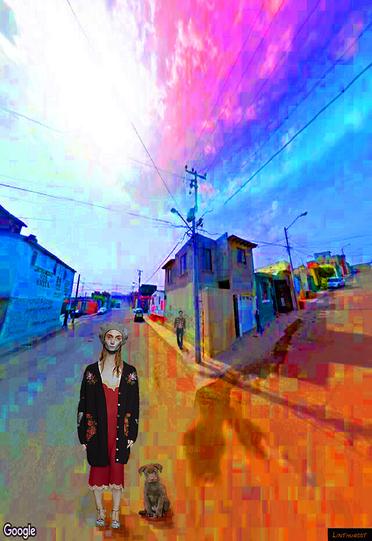 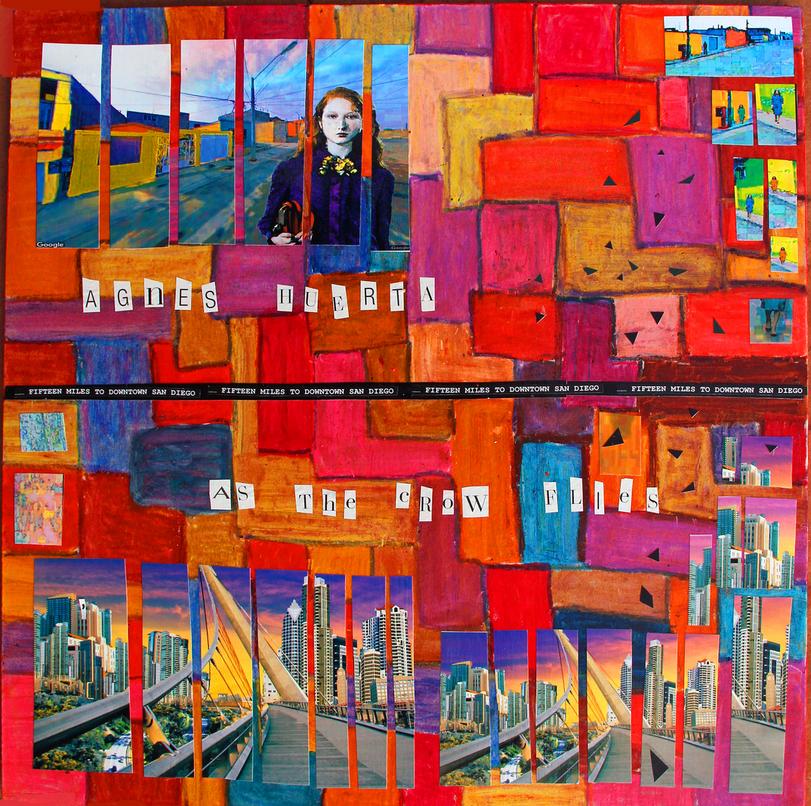 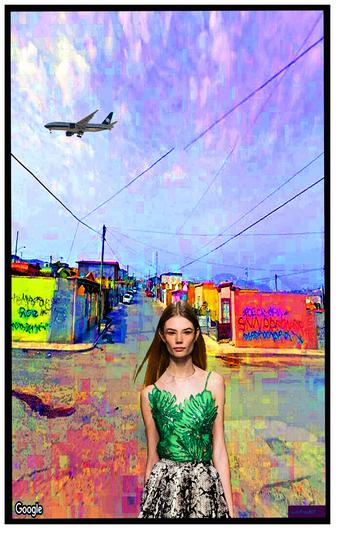 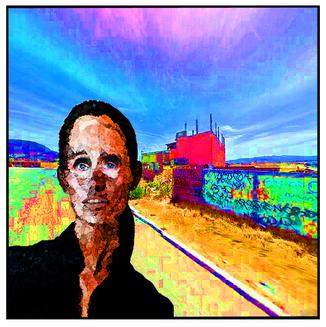 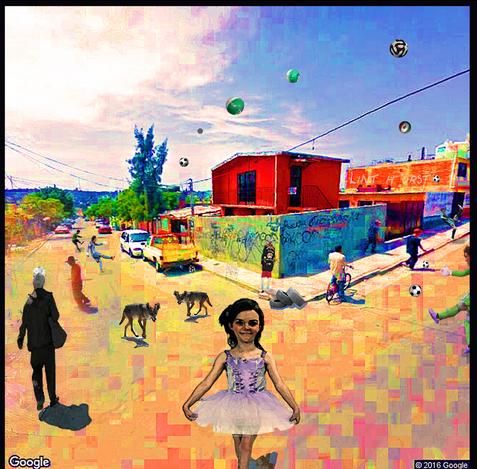 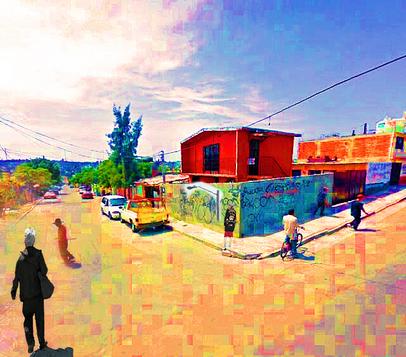 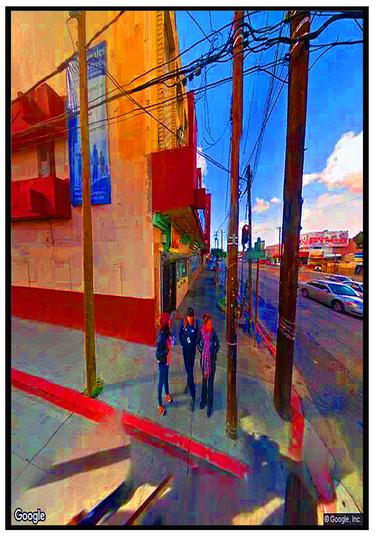 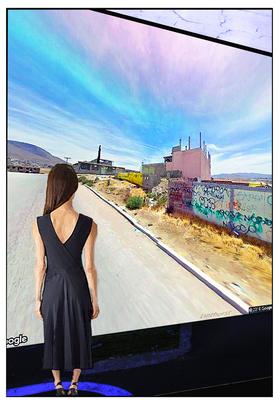 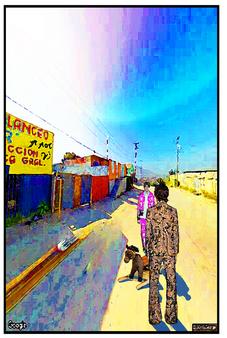 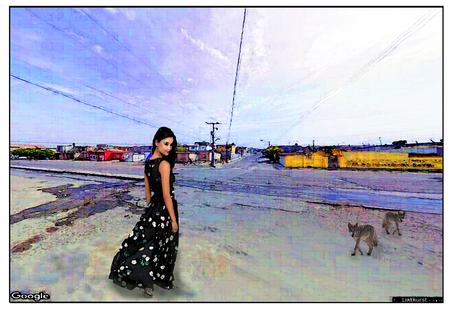 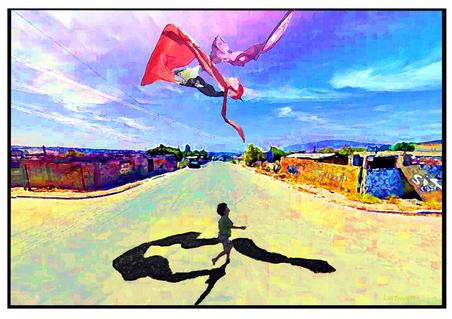 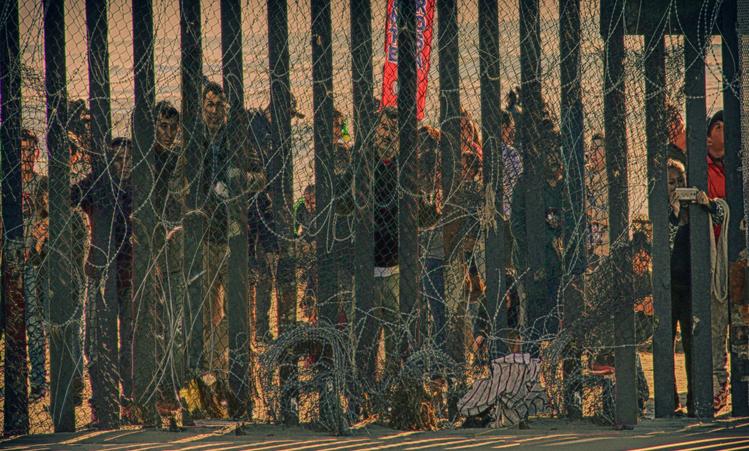 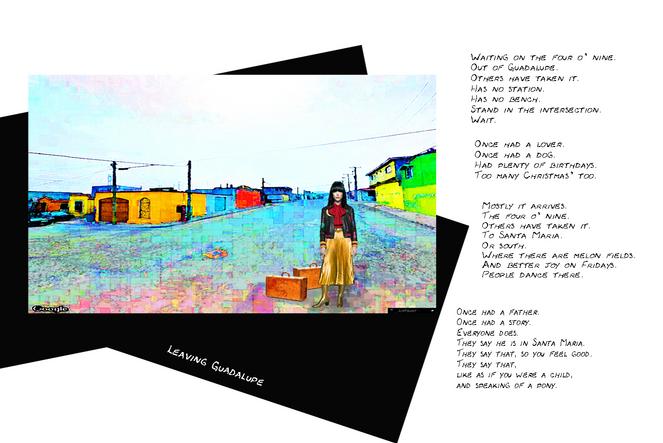 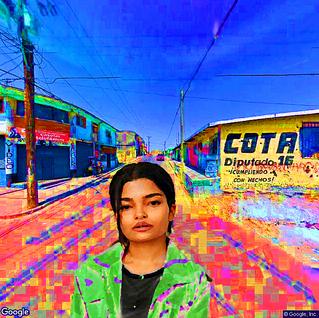 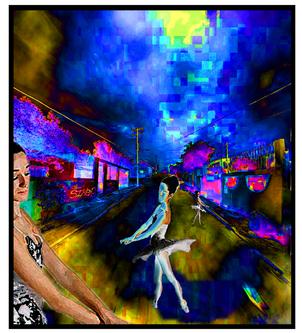